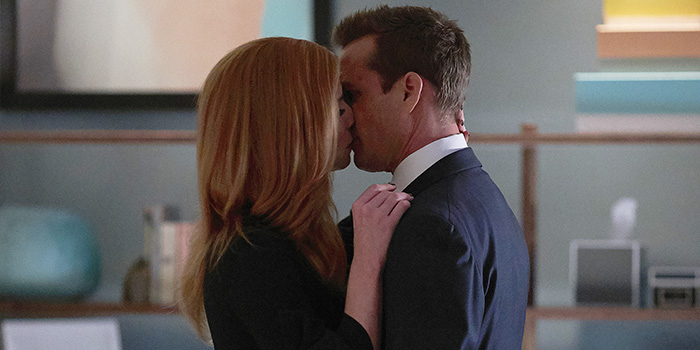 For all you Darvey shippers out there, it’s here — all your hoping and wishing was answered by the Suitsiverse! Aaron Korsh has finally delivered on what so many Suitors have been hoping for over the past eight seasons: a Harvey-Donna romance!

USA Network chatted with the Suits boss about why now, what’s next, and what was behind some of the big decisions in the Suits Season 8 finale. Here’s what we learned…

Korsh shared what was behind the big Darvey kiss in Episode 816. We’ve certainly seen these two kiss before (once in a dream — and no, this is not a dream — and also once when Donna initiated), but now? The timing is just right.

“I already knew that Season 9 was going to be our final season,” Korsh said. “It wasn’t like when they said that, I said, ‘Ooh, we’re gonna get them together.’ Not in any way, shape, or form was that the case. But I think that knowledge probably played a little part in it — in that ten episodes is a good amount of time to continue to explore their potential ups and downs — to give some of the joy and some of the fun in addition to some of the challenges that you could throw their way.”

What was the turning point?

As we see in the episode, when Harvey’s up against it, his instinct is to protect Donna — not defend himself. “Think about all this,” Korsh explained. “Harvey’s life is on the line. So is Donna’s. He protects her, and then when the trial comes, he wishes Donna was there — he certainly wishes she was there after he gets found innocent. She wasn’t there, and then he’s talking to Samantha and she’s saying, ‘What am I gonna do when the person I most wanna tell [Zane]–‘ she starts, ‘isn’t there?’ And, all of a sudden, Harvey realizes that, in all of these years of things that have been happening, and at the moment where his metaphorical life was on the line — and he gets saved — the person he wanted to tell wasn’t there. He finally realizes, ‘This is the person I wanna tell everything to’ and he runs to her.”

From the Donna side of things, she’s sitting on the sidelines while Harvey’s life implodes — which she causes and can now do nothing about. But it’s Alex who informs Donna that maybe this is what she needed to do. “Alex explains to her,” reminded Korsh, “that maybe she did that because she was tired of waiting for him and needed to move on.” Once Donna recognizes her subconscious motive, she can’t really ignore it: “In her mind, she’s accepting the fact that ‘I want to try to move on from this man,'” Korsh explained. “She says that out loud, right? Saying that out loud gives you the freedom to accept Harvey when he turns around. You’ve said out loud you want to try — but you can’t — which is a form of saying, ‘I really don’t want to.'”

According to Korsh: “When Harvey shows up, she just senses that he’s ready to commit to her. There was a lot of discussion when we shot that scene of the words that were being said without being said, and it’s that Donna’s realizing he is ready. He’s there. He’s not just there for one-night stand. He’s there to admit his feelings for her… the pretense is dropped.”

“In the scene where Samantha goes to Harvey and says, ‘Maybe that’s why I love it here,'” Korsh reminded us, “is she starting to think, ‘Maybe part of what I love here is Harvey and my relationship with Harvey?’ And you can view that as either romantic or not, but I certainly my goal was to have people have — in particular people that were rooting for Donna and Harvey to get together — infuriated with me, and wondering if they were gonna get together!”

What’s next for Donna and Harvey?

“Look, these are two people who have not historically been great at communicating their feelings about each other to each other,” the Suits boss told USA. “So, I think Donna and Harvey, in order to be successful, need to figure out how to communicate with each other and really hear each other and listen to each other.” Korsh also pointed out that, in the Season 8 finale, the firm loses Zane for something Donna did, piling onto the challenges of an already-complicated workplace romance. “And then, just their own fears,” Korsh added. “All the things that kept them from expressing their feelings for each other all these years — or even acknowledging to themselves their feelings for each other — those things still exist, even though they finally broke through.”

Part of the reason so many have been rooting for a Harvey-Donna relationship is because of the undeniable chemistry between these two characters — not just in terms of romantic tension, but also in how they relate. Darvey interplay is banter par excellence. So, yes, expect to see those moments that made you fall in love with Darvey in the first place!

“I think there are plenty of opportunities for us to explore the challenges of that relationship, but we do also want to explore the joy and the fun and the solace that they can take in each other now that they’re willing to admit their feelings for each other,” Korsh promised. 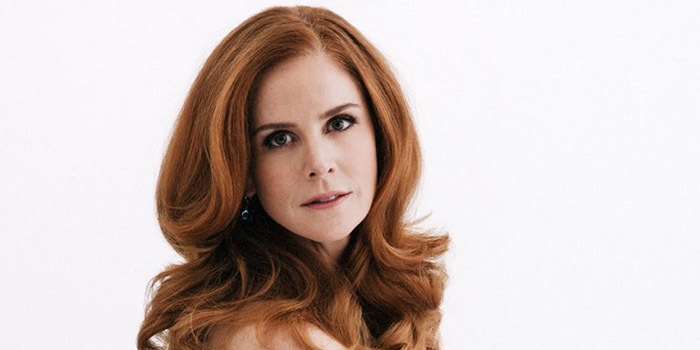 Sarah Rafferty recalls saving up for her first splurge: a Kate Spade Bag 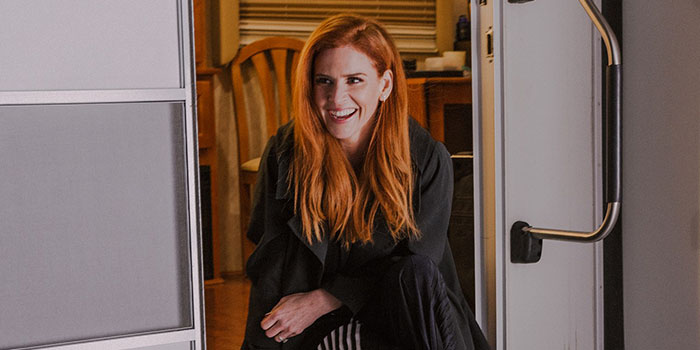 USA Networks: Sarah Rafferty reflects on Suits ahead of the final Season