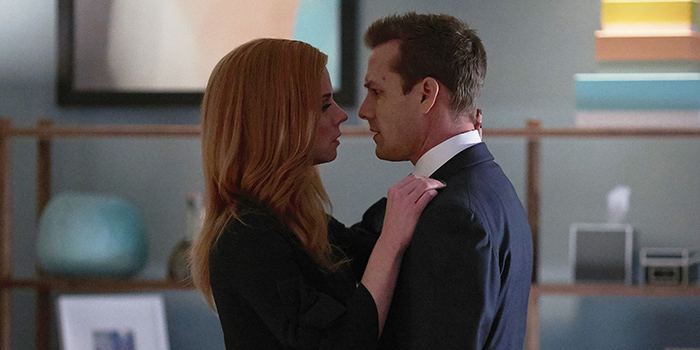 ET was on the set with Gabriel Macht and Sarah Rafferty of USA Network’s Suits in June, where they dished on the possible romantic future for Harvey Specter and Donna Paulsen in the eighth season. The two colleagues and friends have had as rocky of a ride as Ross and Rachel on Friends, but Macht and Rafferty are hopeful their characters – who many diehard Suits fans believe are soulmates – can finally get it together this year. In fact, they may be (not-so-) secretly rooting for them to make it official.

“You’re all for the happy endings,” Rafferty replied.

“I am all for what the fans want,” Macht explained. “You’ve got to give the fans what they want, so that’s what we’re going to do.”

Suits returns tonight with a new look and feel following the exits of longtime stars Patrick J. Adams and Meghan Markle and the new addition of Katherine Heigl as high-powered attorney Samantha Wheeler, who will give Harvey and company a run for their money. Recently promoted series regulars Dule Hill and Amanda Schull are back this season as Alex Williams and Katrina Bennett.

“We do have a reboot; we do have this fresh energy. We are kind of beginning again,” Rafferty said of playing the Darvey long game in season eight, to which Macht jokingly responded, “We’re hoping the show goes another eight years. By season 16, we’ll see if they get together.”

“I’m sure they’ll be having babies at that point,” Rafferty quipped. (She did not just say that!!!!)

Rafferty also spoke about the evolution of Donna, who began the series as Harvey’s right-hand/secretary and now has the seat at the table as the COO of the renamed Zane Specter Litt.

“I was excited about the beginning of season seven, when Donna found her voice and leaned into her career. I also love that it wasn’t an easy road for her,” Rafferty said. “As she moves into season eight, she’s dealing with being a part of the old guard and a part of the new guard – and finding her way. Somebody expects her to stay in her lane without really knowing what Donna’s special lane is. These kind of problems are interesting to navigate. I think [they] are fun for women to watch.”

But Macht had a different perspective on what makes Donna such a fierce character on television, expressing that since the very beginning of the show “Donna has been the voice of reason.”

But getting back into the swing of things on set after Mike Ross and Rachel Zane’s season seven finale wedding without Adams and Markle was a huge change of pace for the returning cast members. (The Suits cast did reunite on May 19 at Windsor Castle in Windsor, England, to witness Markle say “I do” to Prince Harry.)

“We actually had to go back to the set of that wedding,” Macht hinted. “That was a trip and we had to act drunk. Wendell Pierce [who plays Rachel’s father, Robert Zane,] and I were taking shots. It was a trip. You’re supposed to still be in that night, but you also know that our two beloved characters have moved on and two very close actors, scene partners of ours are gone as well – for all the right reasons. It was challenging to know that we’re going into this new season with this great fresh reboot with Dule and Amanda and Katherine, and also having the void of saying goodbye to [Patrick and Meghan]…”

“But they’re totally here. You can tell when you walk around around the set – woven into the fabric,” Rafferty said, with Macht noting that both Adams and Markle are in photos throughout the set. “And we talk about them [via] our characters all the time and we refer to them and we’re informed by them.”

But could Adams or Markle return before the series is done for one last hurrah? Markle apparently told an Irish well-wisher at a public event in Dublin, Ireland, last week that she missed Suits.

“I find it very hard to believe that Mike Ross doesn’t appear at least one more time on the show,” Macht teased. 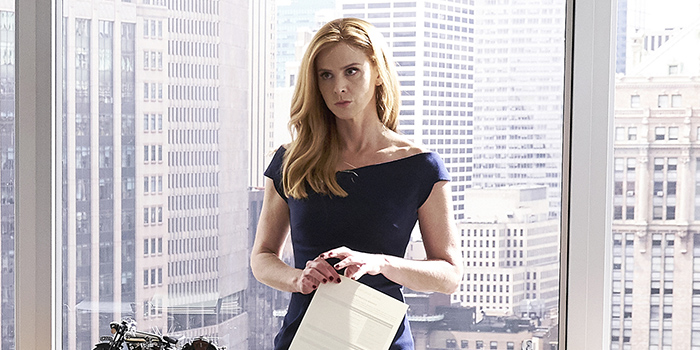 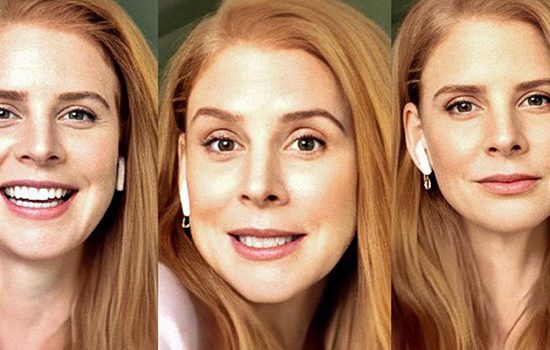