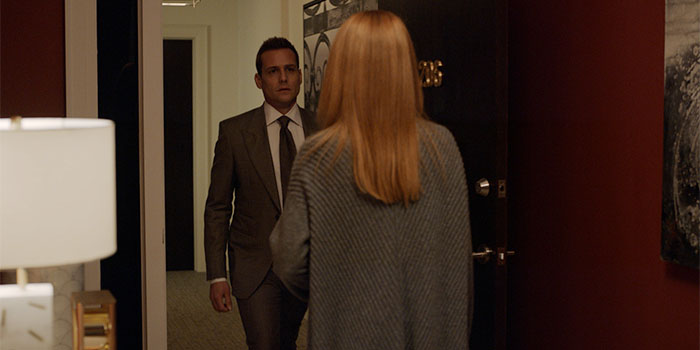 Last month, Suits creator Aaron Korsh told Deadline how he and the Season 8 finale co-writers ended up changing the planned ending at the last minute, writing a new final scene that would have fans talking. That may be an understatement. After eight years of will they/won’t they teases, Harvey and Donna hooked up in the last seconds on tonight’s finale.

It was Harvey who ran to her after giving her forlorn glances all season and Donna admitting to her latest boyfriend, Thomas, earlier in the finale that she has been trying to cut Harvey out of her life but was not sure she “would ever be able to.”

The romantic epilogue followed the dramatic conclusion of Daniel Hardman’s quest to get Harvey disbarred for breaking privilege, which in fact had been done by Donna. In a surprising twist, with Harvey’s back to the wall during the disbarment hearing, Robert Zane leaped to his defense, claiming that he had broken privilege — which he did not — saving Harvey and getting himself disbarred instead.

In an interview with Deadline, Korsh talks about the reasons for the exit of Wendell Pierce, who plays Zane, and whether he would return for Season 9. (While never a series regular as he has co-starred on The Odd Couple and now Jack Ryan, Pierce has been a regular presence on Suits, especially in the past couple of seasons.) Korsh also discusses how the Harvey-Donna ending came about, what the duo’s future as a couple is and addresses the hint in the finale of a potential Samantha-Harvey romance.

Additionally, Korsh says that Suits’ upcoming 10-episode ninth and final season might include “a birth, a marriage and a death” and gives an update on who of the original cast members, including Patrick J. Adams, Meghan Markle and Gina Torres, could return for the final chapter.

DEADLINE: Let’s start with the ending. You told Deadline last month that the originally planned ending of the finale was different but a discussion you had with co-writers Genevieve Sparling and Ethan Drogin led to you changing it completely. What was the original ending, what was the discussion about and what made you change your minds?

KORSH: The main thing about the original ending was that it did not have the big Harvey-Donna scene at the end. The discussion was largely started during the Donna-Thomas scene where Thomas asks about her relationship with Harvey. The discussion had to do with what Donna’s feelings were regarding both Harvey and Thomas. I don’t fully remember all the points of view, but basically in discussing everything that could or might be said, we would each say, well, if that happens then this might happen.

Then something was said that led me to just say, what if Harvey goes to Donna in the end and they finally break through and have the scene that ended up in there. Both Genevieve and Ethan loved it. So did I. It’s not easy to get all three of us to agree on something, so we went ahead and did it. It wasn’t that our minds were changed, it was that it had not been contemplated, then it was there and we loved it.

DEADLINE: What was the original ending/final scene you had planned?

KORSH: The original ending was pretty much the same (Zane falling on his sword for Harvey) – it just didn’t have Harvey going to Donna. It was less a change than a huge addition.

DEADLINE: There have been a number of Suits finales where the final scene has teased Harvey and Donna getting together, like “I want more”, them dancing at Rachel and Mike’s wedding, etc. Is this another tease, a one-time thing that they would both regret, or is this the real deal and Suits will indeed end with the two of them together?

KORSH: Well, given that I can always change course at the end of any and every season, nothing is set in stone. However, there isn’t going to be a reveal that it was a dream and though they might have their struggles, we are not planning on playing anything that threatens to split them up during the course of the season. Though, as I write this, you never know what could happen at the very end… oh sh*t.

DEADLINE: What was Robert suggesting when he encouraged Samantha to get closer with Harvey “and who knows over time, you might even.” Is a romance between Harvey and Samantha in the cards?

KORSH: That was put in there as a mislead to fans and possibly to Samantha. I wanted fans to think we might be getting them together and be pissed off about it before realizing what was actually going to happen. We are not planning a romance between Harvey and Samantha.

DEADLINE: Why was the decision made to write off Robert? Was it Wendell’s schedule? Will we see him appear in the final 10?

KORSH: The decision to write Robert off was entirely driven by Wendell’s schedule. During the course of Season 8, we were lucky enough to be able to share him with Jack Ryan – they were very generous with his availability. However, he was still limited to us. Then, we were told we would not have access to him during the first two thirds of our shooting dates next year. Turns out, he is performing Death of a Salesman in London. We also knew he might go directly from that to Jack Ryan.

Therefore, I couldn’t risk having no Wendell for the whole season without doing something. This is the only con to working with such a talented actor, that he is in demand. However, I did love what it did for Robert’s character and Samantha’s character and what it gives us for her next year, in that she is now without her mentor, who took a bullet to save Harvey. Hopefully, we will have a little bit of access to Wendell next season, as I would like to see more of Robert Zane.

DEADLINE: Was it a coincidence that the finale mirrored the Season 6 finale, with a senior partner (Robert, Jessica) sacrificing themselves with incriminating statements at a hearing so they save the legal career of one of our original protagonists (Harvey, Mike)?

KORSH: We were certainly aware of the similarity when we did it. Though the circumstances were slightly different. Jessica actually did know about Mike, so to some degree taking responsibility for what she had done. Zane is actually seeking redemption for something completely different, but still, it’s hard to say whether it was a coincidence or not, but we were certainly aware of the similarities.

DEADLINE: Have you firmed up plans about which fan favorites would return for the final chapter – has Patrick agreed to do it? Meghan? Gina?, any of the recurring players?

KORSH: We have not firmed up plans as of yet. We know what we would generally like to do, but are a little early in the process to know what we’ll be able to exactly do.

KORSH: We would of course love to have Patrick back and are hoping to find a way to make it happen.

DEADLINE: The finale provided a flashback to the time Robert and Daniel were friends early in their career. Any progress on the possible spinoff you had been kicking around about young Robert Zane, Daniel Hardman and Laura Zane?

KORSH: Thanks for reminding me. I will look into it. The last I checked, there was no interest on USA’s part. That could change with their streaming platform. If not, maybe Netflix or Amazon will be interested.

DEADLINE: What is in store for the main characters in the final season? Is the first Suits baby finally coming? Is there another wedding? Can you say more about how the series will end?

KORSH: Moving forward in Season 9, we have set the table for a lot of things. Obviously the Harvey-Donna relationship will have its growth opportunities. Keep in mind, they will be trying to make a go of it in the context of the firm having taken a big reputational hit. For the second time in about as many years, a managing partner has been disbarred. This is a serious thing for everyone to deal with, but keep in mind also that Samantha lost her mentor basically because of Harvey and Donna.

The consequences of that are going to play out throughout the season. Other than that, we will have many things happen along the way. Possibly but not necessarily including a birth, a marriage, a death and numerous other things. This doesn’t even include continuing to delve into Samantha, Alex and Katrina’s growth. We have so many things we want to do, and will not have time to do everything, but I look forward to disappointing many fans as possible with the choices we make! I kid.

Obviously I think the last season is going to have some surprises, some expected things and most of all, pack a lot of punches.

DEADLINE: A death? Is a major character dying next season? You told Deadline last month that you are not planning “horrible ending” for any of the main characters. Can you elaborate?

KORSH: I stand by both answers. There are about a hundred other characters who could pass, not all of whom would upset fans, come to think of it.

DEADLINE: What about the wedding? Could we assume there may be Donna-Harvey nuptials?

KORSH: I would not assume there will be a Harvey-Donna wedding, but it’s possible. 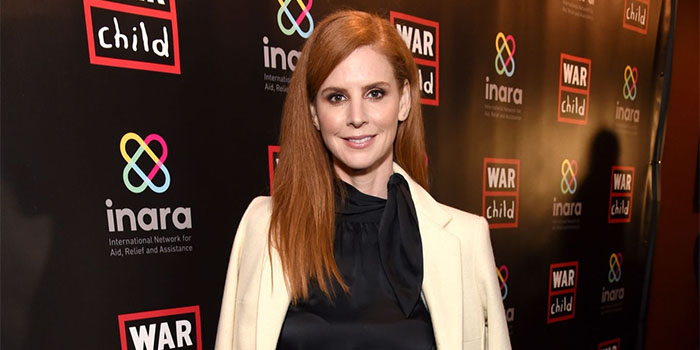 ETCanada: Sarah Rafferty can’t reveal anything about the end of ‘Suits’ 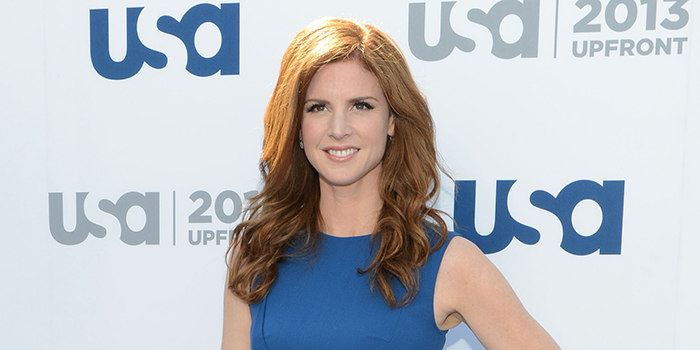 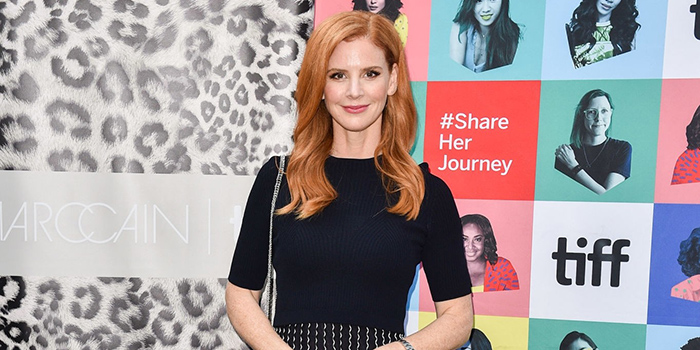