A few weeks ago I traveled to the lovely city of Toronto to visit the set of SUITS and interview some of the cast. While we were there, Sarah Rafferty sat down with us to answer some questions and talk about her role on the show as Harvey’s assistant and all around right-hand gal, Donna.

On why she took the role

We were all impressed with Donna in the pilot and when asked about what made her take the the role, Sarah said she was drawn to Donna from the moment she read the script. She really liked how the character was so comfortable in her own skin and so confident in her position in the firm.

Not one to just sit on sidelines in the firm, Donna may be Harvey’s secretary but there’s a lot more to her than that. Sarah told us that she’s made up a bit of Donna’s history in her own head, to help her play the role. For instance, she thinks that Donna’s been with Harvey for a very long time, at least 15 years or more, and that she must know absolutely everything about his personal and professional life. She’s the one who makes all his appointments and without her, the gears of Harvey’s life wouldn’t turn. Donna knows this and may even be on a bit of a power trip because of it, but Sarah admires how she still operates from a place of empathy and compassion – all while still being feminine and one of the boys at the same time.

She also thinks that Donna was an actress before she was a secretary, which actually makes a lot of sense.

On Donna’s relationship with both Harvey and Mike

We of course asked Sarah about the possibility of romance between Harvey and Donna (how could we resist?) and she told us that she thinks that it’s possible. Harvey is the type of guy who pretty much has a romantic tension with everybody, so it’s not beyond the realm of possibility that Donna will feel that, too. She also sees her as the female version of Harvey and thinks that Donna might be a bit of a player herself.

Regarding her relationship with Mike, Sarah said she thinks that the two of them will get along well. In fact there’s an episode coming up soon where Donna will get to play Mike’s star witness in a mock trial. Considering her acting background, this is something that Donna enjoys doing very much.

Unfortunately, Gina Torres was very busy filming an episode while we were there and never did get a chance to come and sit down with us. However after we got back, we did get to speak with her on the phone and she talked to us about playing the role of Harvey’s tough as nails boss, Jessica Pearson.

On how she got the role

Gina was lucky enough to have the role of Jessica offered to her, but did have to jump through a few hoops to get it. Because of her well-known background of playing strong female characters and her previous relationship with the network, she was on a short list and when it was offered, she found herself very interested.

One of the things that Gina was excited about when she decided to play Jessica was the prospect of developing her into a fully realized woman and hopes viewers will see that as well. She believes that a strong man doesn’t get very far without a woman at his side and she’s very proud to see that the women on this series are depicted powerfully, but without short-changing their femininity. Drawing from many life experiences, Gina said that everything she is goes into player Jessica. She does find playing her really fun but does admit to an initial thought of “oh no. another strong female character” when she was initially offered the role. She’s looking forward to playing Jessica’s more vulnerable moments though, some of which we saw in last week’s episode where her ex-husband needed her help.

On the relationship between Harvey and Jessica

Gina thinks that Jessica was motivated to take on Harvey, even as big of a pain in the ass as he is to her, because of his potential. She also couldn’t make herself turn away from the challenge of taking him on. The relationship between the two of them is complicated – deeply intimate and personal as well as mysterious. Jessica is Harvey’s mother, his sister, his priest, his confidante. She is all of those things for him and he is those for her. Gina also acknowledged that there’s been romance between them as well.

Jessica is very familiar with how Harvey plays ball and she needs him to do that because she has a plan for him, but she also needs him to grow a soul as well. Jessica truly respects the kind of lawyer that he is, but she’s still on the fence as to what kind of man he is.

Though the guys undoubtedly take center stage on Suits, the ladies of this show are a big part of what makes it work, too. Be sure to check out Suits, which airs Thursdays at 10/9c on USA Network. 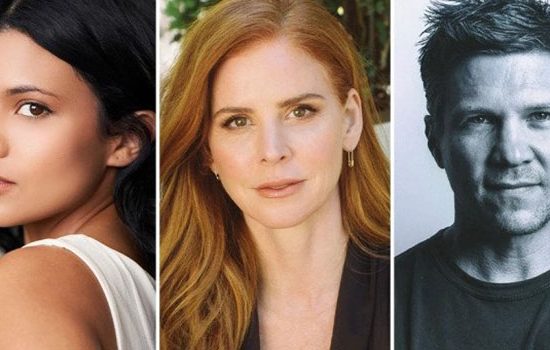 DeadLine: ‘My Life With the Walter Boys’: Sarah Rafferty stars in Netflix series 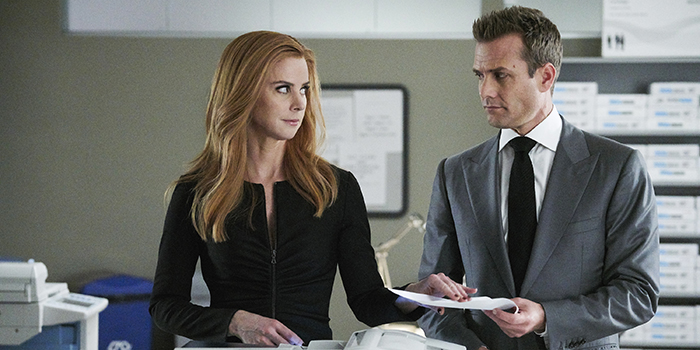 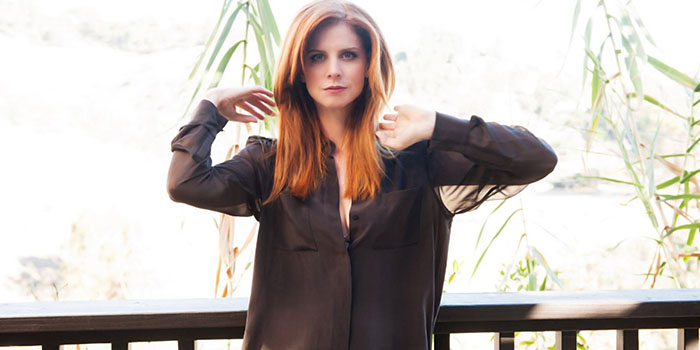